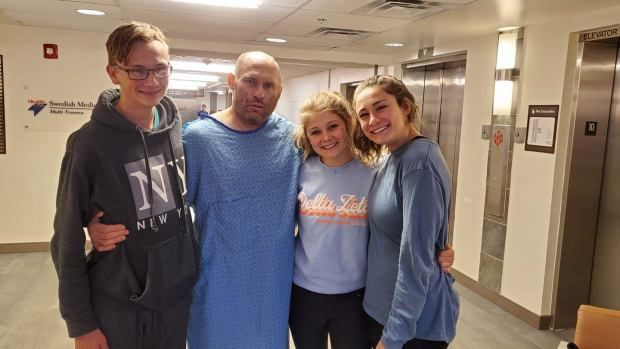 The Colorado FOP wants to thank each and every one of you who have donated through our Colorado Police Officers Foundation to help Fort Lupton Sgt Chris Pelton and his family in this difficult time.

As most of you are aware Chris was ambushed and shot in the face on the evening of December 2nd after responding to a call to a home after residents say their daughter’s boyfriend showed up in the front driveway with a gun.

Sgt Pelton and the other Fort Lupton officers were ambushed by Matthew Cotter, 19, who was hiding behind a fence as officers approached the residence. He fired three shots at the officers and Sgt Pelton was hit in the face. Officers returned fire shooting Cotter who has survived his wounds.

Sgt Pelton suffered serious life-threatening injuries to his jaw and upper palette. Chris was rushed into surgery and was in ICU for several days. He is out of danger now but remains hospitalized and is expected to undergo more surgeries.

Chris is married with three children. Donations were needed to help Chris and his family during what is expected to be a long recovery. The family is staying near Chris while he is hospitalized, which may be as long as three to four weeks. Financial help was needed to cover the cost of hotels, food, transportation, and a lengthy period of reduction in wages. And thanks to all of you we raised a significant amount to offset their expenses.

The Colorado Police Officers Foundation will not withhold any administrative fees. In addition, since the Foundation donations are through the Foundation the family will not be taxed on any moneys raised by our Foundation.

The Colorado FOP Police Officers' Foundation was founded in 1997 and is a charitable corporation that operates under the 501 (c)(3) provisions of the federal tax code.

This official designation granted by the IRS conveys tax-exempt status to the foundation and specifically allows contributions to be tax deductible. Your donations qualify for the maximum tax deduction. All monies donated through the Foundation are tax exempt for the family.