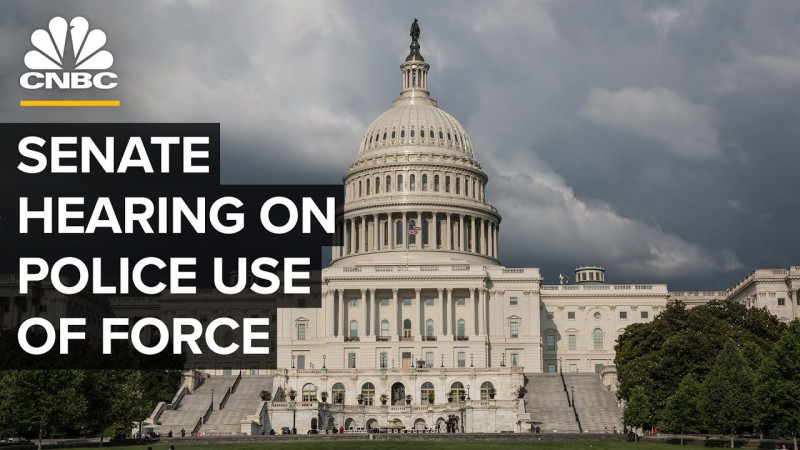 "To preserve the American way of life, we must work together to improve policing"

Patrick Yoes, National President of the Fraternal Order of Police, testified before the Senate Committee on the Judiciary yesterday at a hearing entitled: “Police Use of Force and Community Relations.”

“The men and women of America’s law enforcement were angered to see the disgraceful conduct committed by one of their own and they are committed to being part of the solution,” said Yoes. “I am here today to let you know that, on behalf of the 351,000 men and women of the FOP, we stand ready to work with anyone, speak with anyone, and cooperate with anyone who genuinely wants to work collectively, in a fact-based way, to improve policing in our country.”

The FOP engaged with the Administration, Members of Congress on both sides of the aisle, and many other groups to support the historic First Step Act. We were able to support it because—in addition to the FOP’s genuine commitment to improve not just the law enforcement profession, but the criminal justice system as a whole—we stayed at the table and engaged in constructive dialogue. Using the same approach to achieve momentous reform, the FOP continues to have countless positive conversations, as we’ve had over the past few weeks, with the Administration, House Democrats and Republicans, as well as Members of the Senate from both parties to achieve meaningful police reform.

“The President’s Executive Order is a step in the right direction and we must build on that,” said Yoes. “It strikes a great balance between the vital need for public and officer safety, and the equally vital need for lasting, meaningful, and enforceable police reform. We believe that these points should be considered during legislative efforts being made to improve policing. The safety of the citizens we serve and of our officers should remain our top priority during these efforts—as that should be the goal of every American.”

“My profession will continue to work hard to build and maintain the trust and respect of the communities we protect,” Yoes said. “We cannot do it alone, but it must be done. Not only does the safety of our officers and their ability to protect the citizens of their community depend on this; working together to improve policing in our nation is critical to preserving our country and the American way of life.”

The Fraternal Order of Police is the largest law enforcement labor organization in the United States, with more than 351,000 members.