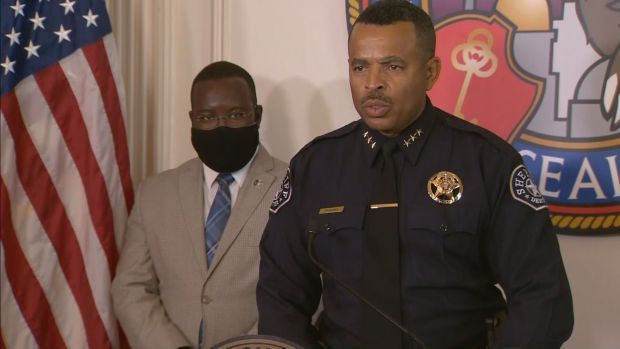 Denver Mayor Michael Hancock announced that Elias Diggins will be the new Denver Sheriff on Monday morning. The announcement comes nearly 10 months after the previous sheriff announced his resignation. Diggins is a 25-year veteran of the Denver Sheriff Department and previously held the position of Chief of Operations. Diggins also served as interim Sheriff from July 2014 to October 2015.

“My philosophy is to ensure that we remember our humanity in our work, as those in our custody are members of our community, too. Equity, diversity and inclusion building in our culture has always been a priority for me,” Diggins said. “I’ve spent my career with this department, I know where we can continue our successes and get better where we need to get better, and I want to thank the Mayor for this opportunity to lead and serve beside the men and women of this department.”

Diggins graduated from Metro State University of Denver with a degree in criminal justice and a masters in public administration from the University of Colorado Denver.

“More than ever before, the new sheriff needed to be someone who understood first-hand what it means to get a second chance. Someone who has formulated plans, inspired by their own challenges and experiences, to continue to transform and improve the sheriff department,” Hancock said. “Respected in the department and in the community, Elias has proven to be that kind of leader, and I look forward to working alongside him as our next sheriff.”

Diggins will officially take over his role as Denver Sheriff on July 27.

Former Denver Sheriff Patrick Firman resigned from his position in October of last year. Firman was replaced by interim Sheriff Fran Gomez. On Monday, Hancock announced that Gomez will remain employed with the City and County of Denver.

The Denver Sheriff Department has about 1,000 employees overseeing the downtown jail and the county jail. Deputies also provide court security and transport inmates.